NOTE: This is Part One of a multi-part series about writing different genders, with a focus on men writing female characters. Part Two will go live later in the week.

I’ve been thinking a lot about gender and writing lately. Part of that has to do with the fact that I’ve been trying for the past two years to write female characters in my fiction more often. Part of that also has to do with the fact that this topic gets bandied about a lot in my circle of friends anyway. At the July residency for Stonecoast, Nancy Holder gave a presentation called “Writing The Other” devoted to discussing the issues that arise when writers write characters that are of different cultures/races/backgrounds than themselves, as well as methods by which authors can successfully create said characters.

(A fun debate I used to have with my friends at my first Master’s program at Missouri State University: Who does better, female authors with male characters or male authors with female characters? That question was guaranteed to start a good twenty-minute argument in my old TA office. As for my two cents on the issue, based on the reading I’ve done in my lifetime, and taking an overall average of the performance of various authors on a sliding scale between inept and excellent, I’m giving the edge to the ladies by a decent-sized margin.)

The truth is, I want to be known as a writer who can write almost anything. That extends to character. I don’t want to spend my career specializing in twentysomething white guys with a college education who come from working class backgrounds because that would get really boring, really fast. When I take a roll call of the characters I’ve written over the past few years and check them for gender alone… well, it’s embarrassing. It gets really embarrassing when I realize that 50% of my favorite authors are women (Ursula LeGuin, Kij Johnson, Angela Carter… I could go on). 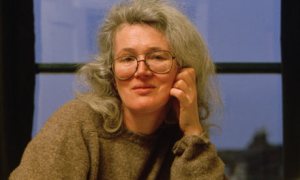 I fail the Bechdel Test right off the bat on many of my stories. I don’t often have more than one female character in my stories (I also don’t have more than three or four characters in many of my stories, if that much, but that’s no excuse at all). I’ve been getting better at having women in my stories period; when I was an undergraduate, I was horrible about not even having women in some of my stories. Still, I’ll fully admit I often fail the Test. The good thing is that when I write female characters, they usually aren’t one-dimensional or stereotypical, or at least don’t represent a lack of empathy on my part for women. My female characters very frequently talk about things other than men, so I’ve got that going.

Over the years, I think I’ve hit at the key to writing worthwhile characters when they’re from a race, gender, culture, whatever different than my own: make them worthwhile characters period. Multi-dimensionality is crucial. If they only have to be supporting characters with one or two key traits or functions, don’t just make them little one-off stereotypes that exaggerate something that supposedly “belongs” to whatever demographic they inhabit.

In one of my workshops from my first Master’s program, this guy – I’ll call him Ted – turned in a story that I can only describe as “frat noir,” where this fraternity member has to investigate the death of his friend and finds himself wrapped up in all sorts of messes. I don’t remember many details of the plot. What I do remember, however, is that the protagonist’s girlfriend was this supermodel-looking girl with round, perky boobs and short-shorts (I don’t believe she ever wore anything other than short-shorts). The description used for her was almost literally along the lines of “she was smoking hot.” Keep in mind the story was written in third-person. The girlfriend’s function in the story was to essentially be sexy. That’s it. She did not do anything else in the story at all.

Now, Ted got raked over the coals a bit. For my part of that, I asked the writer what he had in mind for the character. I said, “She’s hot, sure, but what else?” He had to admit he didn’t really have an answer for that question. He put her in the story because he felt like the main character had to have a girlfriend. Ted made her sexy because hey, he likes sexy women. So, he pulled a Michael Bay. He put Megan Fox in the story when we really didn’t need Megan Fox. 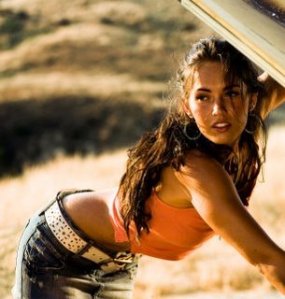 To his credit, on the revision of the story, Ted came back and revamped the girlfriend character. She was no longer sheer eye candy, which was good. She was, however, a thinly disguised damsel-in-distress figure whose only purpose in the story was to be saved by her boyfriend (the protagonist) at regular intervals. Thankfully, we had a very useful discussion in the workshop where we helped him realize that his notion of what a female character comprised was limited by his understanding of women period. It sounds horrible, but he needed to understand that he should take it as a given that women are people, much the same way men are. It was no problem for him to write non-stereotypical male characters, so why was it so hard to write non-stereotypical female characters? Did this mean he had trouble seeing women as well-rounded individuals in real life?

My theory is that Ted had a checklist of qualities that he felt made a woman a woman. He ran down the checklist in his head and made sure those qualities were on the page. I think a lot of other writers – namely men – do this with female characters as well. The problem is that checklist thinking actually encourages stereotyping because it boils entire demographics of people down to supposedly universal traits of identification. Classic case of hasty generalization.

Here’s what my ideal checklist for a female character looks like:

There’s nothing on this checklist that a man couldn’t relate to in writing a female character, in my opinion. I’m capable of strong love and hatred. I second-guess myself all the time. Although I try, and mostly succeed, in doing good things, or at least in avoiding doing bad things, I am still capable of behavior that makes me slap my head and grimace. I do, in fact, worry about my body. I frequently dwell on my stomach and my lack of a six-pack. I compare myself to other guys all the time and walk away shaking my head. I can’t watch Thor or Troy without thinking about how I really need to work out more often… you get the point.

To be fair, there are some unique female variants of these issues. In my observation, overweight women get it worse than overweight men (and this is coming from someone who did receive unfair treatment when he was still overweight). Women have much more of a struggle in being taken seriously (by men, mostly) in many arenas, ranging from corporate business to sports (just think about how most people – again, mostly guys – take the WNBA). And most men can be unaware of these things without a little research and understanding first.

But guess what you can do? Ask. Do your research. Talk to a woman about these things. There’s nothing wrong with a pow-wow with a female friend to doublecheck things. Just treat it like a variant of the sniff test; if something stinks, throw it away.

10 responses to “Gender Bender: Part One”