How To Lose An Audience

There really isn’t much I can say that hasn’t already been said about the debacle with Marvin Kaye, John Harlacher, and Weird Tales. I hated it when they bought the magazine and booted out Ann VanderMeer and her editorial staff. I hated it even more when I found out that the new editorial direction for the magazine was in direct opposition to Ann’s direction, which I and many others loved. And then Kaye and Harlacher had to go and decide to reprint the first chapter of Saving the Pearls: Revealing Eden, a novel of “a world that didn’t listen to the warnings of ecologists, and a world that has developed a reverse racism: blacks dominating and detesting not just whites, but latinos and albinos, the few that still survive of the latter are hunted down and slaughtered.” (For the record: “reverse racism” is an abhorrent, stupid term. I usually hear it from the same people who say, “I don’t mean to be racist, but…)

This novel has caught an immense amount of flak for being the construct of a deprived, racist imagination from a writer trying to pass herself off as tolerant. The marketing materials have a white woman put up in blackface pleading for salvation from the oppressive “Coals” (you can probably figure out who they are here).

It’s also a thoroughly crappy novel, period. Last night, after reading the latest word on the response to the Weird Tales situation, I jumped on Amazon.com and looked up the novel. A good-sized chunk of the first chapter – which, keep in mind, Kaye intended to reprint – is available to read for free. So I read it.

It stinks. The worldbuilding is terrible. The actual physical blocking of the environment and the characters’ actions is hard to visualize. The author jumps between so many imaginary and physical planes of action overlapping one another that the chapter reads like a garbled mess. The vision for the story as a whole lacks cohesion. If I was a slush reader, I’d toss it aside for being amateurish. If I received this in workshop, I’d kindly ask the author exactly what her point is in all of this. And yet, Kaye chose to reprint it. 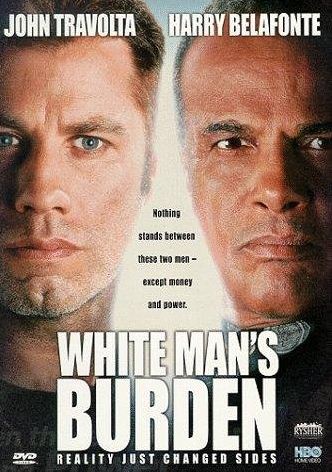 Think he might publish my review of this movie?

I actually thought the apology attempted by Harlacher only made things worse because of how insincere and suspect it sounded. The editor wasn’t aware of the marketing for the novel, having only read the novel itself? The publisher hadn’t read or heard anything from or about the novel until the controversy? I didn’t believe it. No professional publisher or editor in their right mind would make the decision to reprint the first chapter of a novel like this without doing their due research. (Then again, I’d like to think a professional editor would balk at such a horribly written novel too.)

Sure enough, as Ann’s husband Jeff VanderMeer revealed, the apology was fishy for a reason: Kaye and Harlacher had planned as far back as June to publish the first chapter of this novel in Weird Tales. Maybe it’s possible that they made that decision on a total lack of research and due diligence, but again, I have a lot of trouble believing that.

What I’m going to say next should be read in the following contexts:

Onward I must march with my central thesis, however: Marvin Kaye is unequipped and incapable of being an editor-in-chief of a magazine, or anything else, in the current era of speculative fiction.

Take his choice to include Saving the Pearls in Weird Tales, for instance. According to Harlacher, Kaye made the choice to reprint the first chapter of this novel based on the quality of the novel itself, calling attention to the overall effect of her imagery and symbolic action throughout the novel, perceiving it as thoroughly non-racist. You know what? Fine, let’s proceed forward with the (utterly crock) assumption that this novel isn’t racist. Let’s do that, because that still leaves us with a thoroughly crappy novel that isn’t even a work of weird fiction. I read the first chapter of this novel, the same part that Kaye intended to reprint. I wouldn’t have made the call to reprint it even if someone was paying me to do it. I wouldn’t want to be associated with something this bad.

Then, of course, Kaye had to go and insult his audience in the post defending his decision, wishing that those who oppose the book would “acquire sufficient wit, wisdom and depth of literary analysis to understand what they read.” I’m not even sure if you could call this a backhanded insult per se; he’s essentially accusing anyone who doesn’t like the book of being idiots. It displays a stunning lack of knowledge about his audience, which, cultivated by the tastes of Ann VanderMeer and her editorial staff, would shun stories such as Saving the Pearls (and rightfully so).

So, in response to this, the post was removed from the site by Harlacher, who likely forced Kaye to change his mind so they could try and save themselves from their horrible error. Again, this shows stunning ignorance on both their parts for their audience. That original post had attracted a multitude of well-expressed dissenting opinions in a matter of hours. News of this editorial decision spread to io9 and other popular sites. Within a short span of time, thousands of readers were informed of what happened.

At this point, damage control was all Harlacher and Kaye could do. They couldn’t unsay what was said; it was already captured in the minds of people who proceeded to write about it online, feeding off of one another in an attempt to make sense of this decision. Deleting the initial post didn’t magically make the echo chamber vanish. It only made things worse, because then readers knew they were trying to hide their decision. It doesn’t matter what your stated intent is: when you remove something like that from public access, people will automatically assume a cover-up is taking place. It hurts any possible counterargument you could make before you make it. And besides, it’s the Internet. Deleting something doesn’t make it go away forever, especially when people take screen captures of it.

(UPDATE: I forgot about this blog post from Lisa Grabenstetter, which reveals an email exchange between her and Marvin Kaye that leads to several assumptions, namely that Kaye isn’t actually sorry for anything he’s done up to this point. There was promise on John Harlacher’s post on Weird Tales that Kaye would come back with his own response when he’s capable of doing so, but honestly that might be a moot point by now, given everything that’s come to light.)

What we’re left with is a picture of an editor (and publisher; don’t let Harlacher off the hook either) who has made a series of foolish decisions no professional editor should make in all probability. He showed a lack of ability to accurately gauge the artistic quality of a given work (including any necessary research that might be expected along the way), a lack of awareness regarding the tastes of his audience, and a lack of understanding regarding the realities of publishing both in the speculative fiction community as it stands now and in an online format. I may not have much editorial experience at all, but these things are fairly evident to me without a strenuous exertion of mental effort. So, why aren’t these things evident to Marvin Kaye?

16 responses to “How To Lose An Audience”